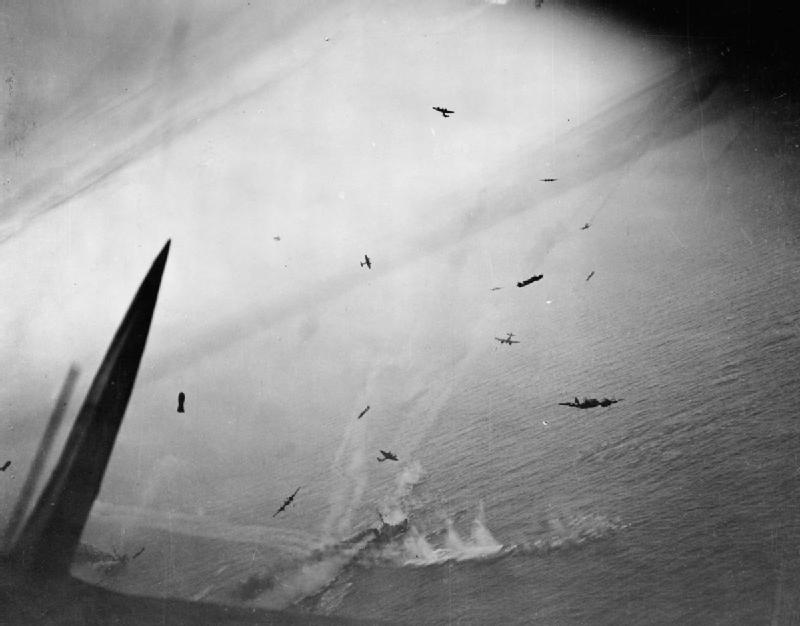 Bristol Beaufighters from Nos. 144 and 254 Squadrons RAF, No. 455 Squadron RAAF and No. 489 Squadron RNZAF attacking German 'M' class minesweepers escorting a convoy off the Dutch coast, north-west of Borkum, with rocket projectiles. Thirteen aircraft can be seen in the photograph, which was taken over the tail of a Beaufighter of No. 455 Squadron after delivering its attack. (с) 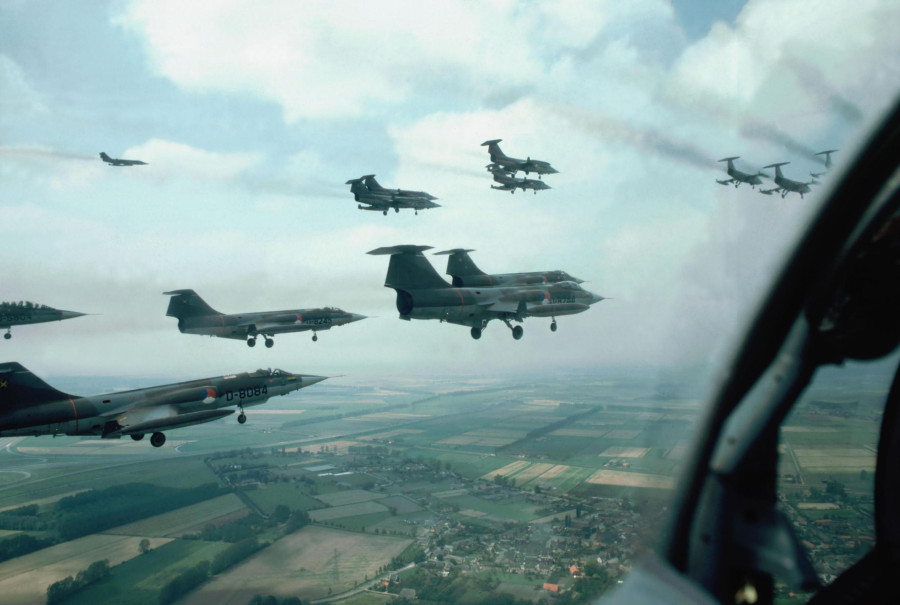 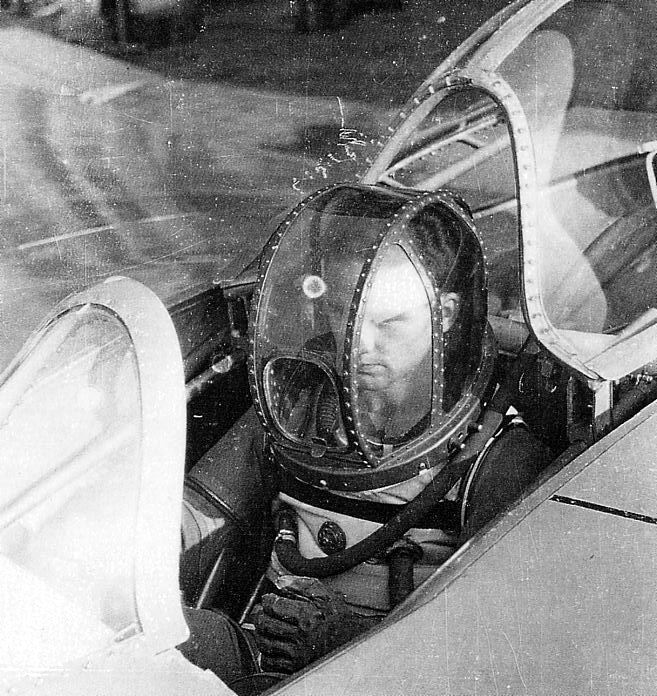 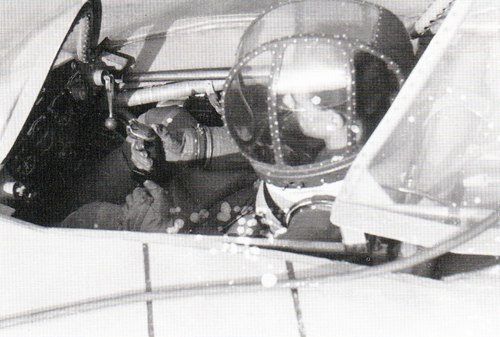 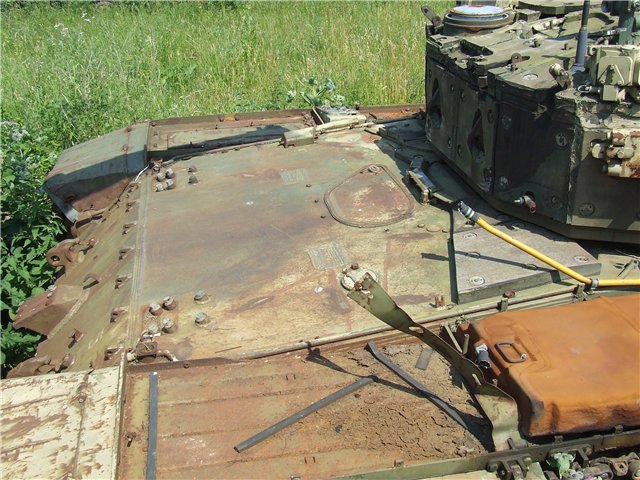